Drones and artificial intelligence: the future of koala conservation 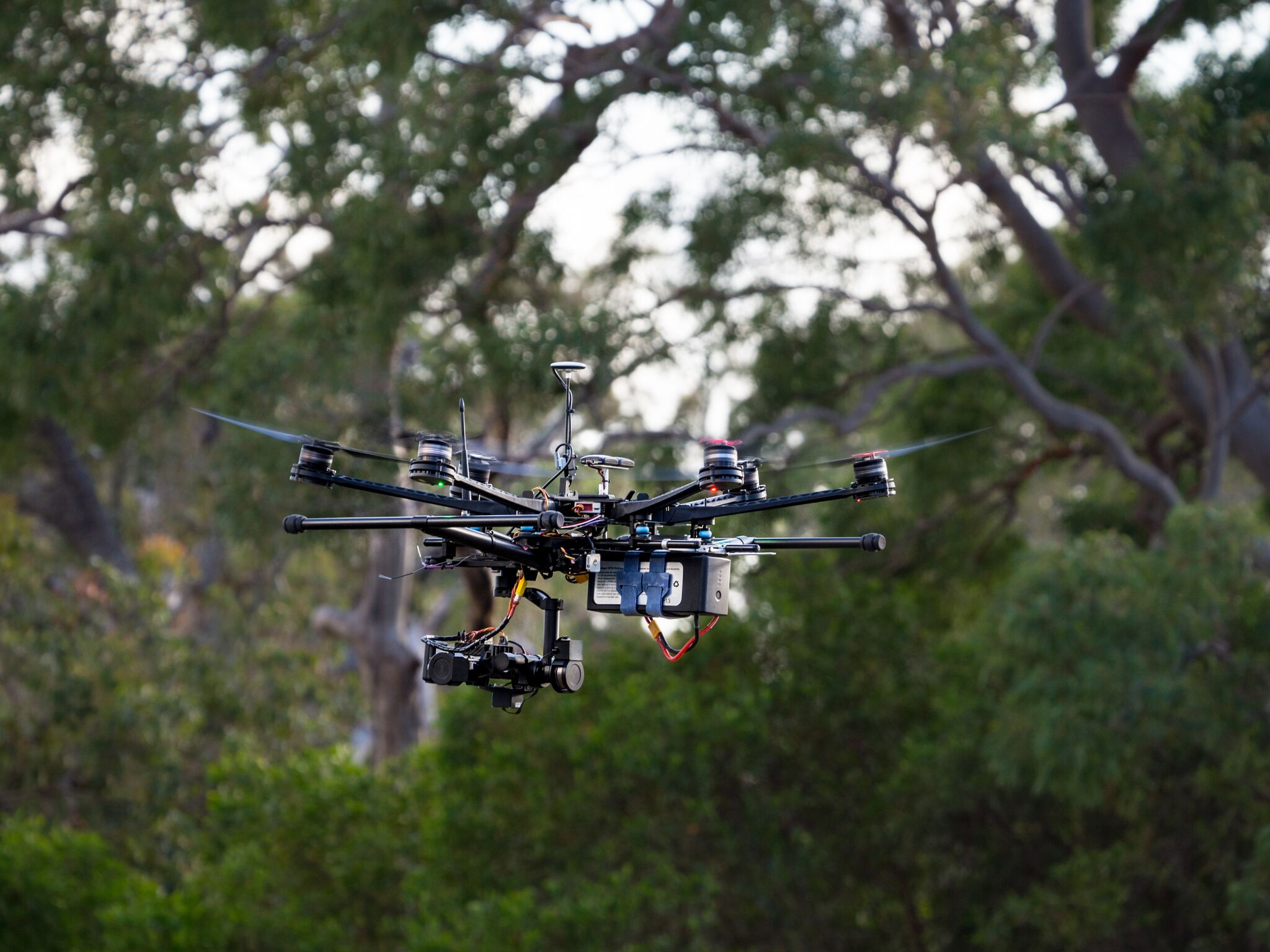 The recent bushfires that tore through 18.6 million hectares of Australian bushland made headlines around the world for their devastating impact on the lives of Australians and the country’s unique wildlife and ecosystems – killing an estimated one billion animals and putting pressure on already fragile species, including the iconic koala.

An extended drought through the usually green south-eastern region of Australia meant that vegetation across large swathes of the countryside was available to burn as fuel. Combined with several days of hot winds and dry lightning, Australia suffered through one of its worst bushfire seasons.

June 17 2020 marks the World Day to Combat Desertification and Drought, a United Nations observance to draw attention to the causes and impacts of desertification and land degradation. We sat down with Associate Professor Grant Hamilton from QUT to talk about the links between climate change, drought, and wildfires, their impact on Australian wildlife and how innovations can help us in conservation efforts.

Australia’s 2019/20 bushfire season saw koala numbers in New South Wales drop by a third, a huge blow for a species battling with human activity-driven habitat loss and disease. To better inform conservation efforts, researchers from QUT are gathering data on the surviving populations using the latest technology in remote sensing and artificial intelligence.

Koalas spend the majority of their life high up in the canopy, sometimes 20-30 meters above ground. This complex canopy environment, combined with the coloring of their coat, means that koalas can be very difficult to spot. “Koalas are cryptic,” explains Dr. Hamilton. A non-expert koala spotter may only see 20 percent of the population, whereas expert spotters have an accuracy of 70 percent. These numbers are still relatively low when compared to Dr. Hamilton’s drone technology that has an accuracy of 86 to at times, 100 percent. The team tested the accuracy of their algorithms multiple times on areas with high numbers of radio-tagged koala populations.

Drone technology is helping researchers accurately and efficiently identify areas of intact habitat and koala populations at far less cost than other methods.

“We are dealing with millions of hectares, over 18 million hectares were burnt, that’s an immense amount of habitat for wildlife in Australia. So, we need to find a mixture of tools to help us go out, find out what’s left of the habitats and help us revegetate. This process will help us prioritize where conservation efforts should be focused,” said Dr. Hamilton. 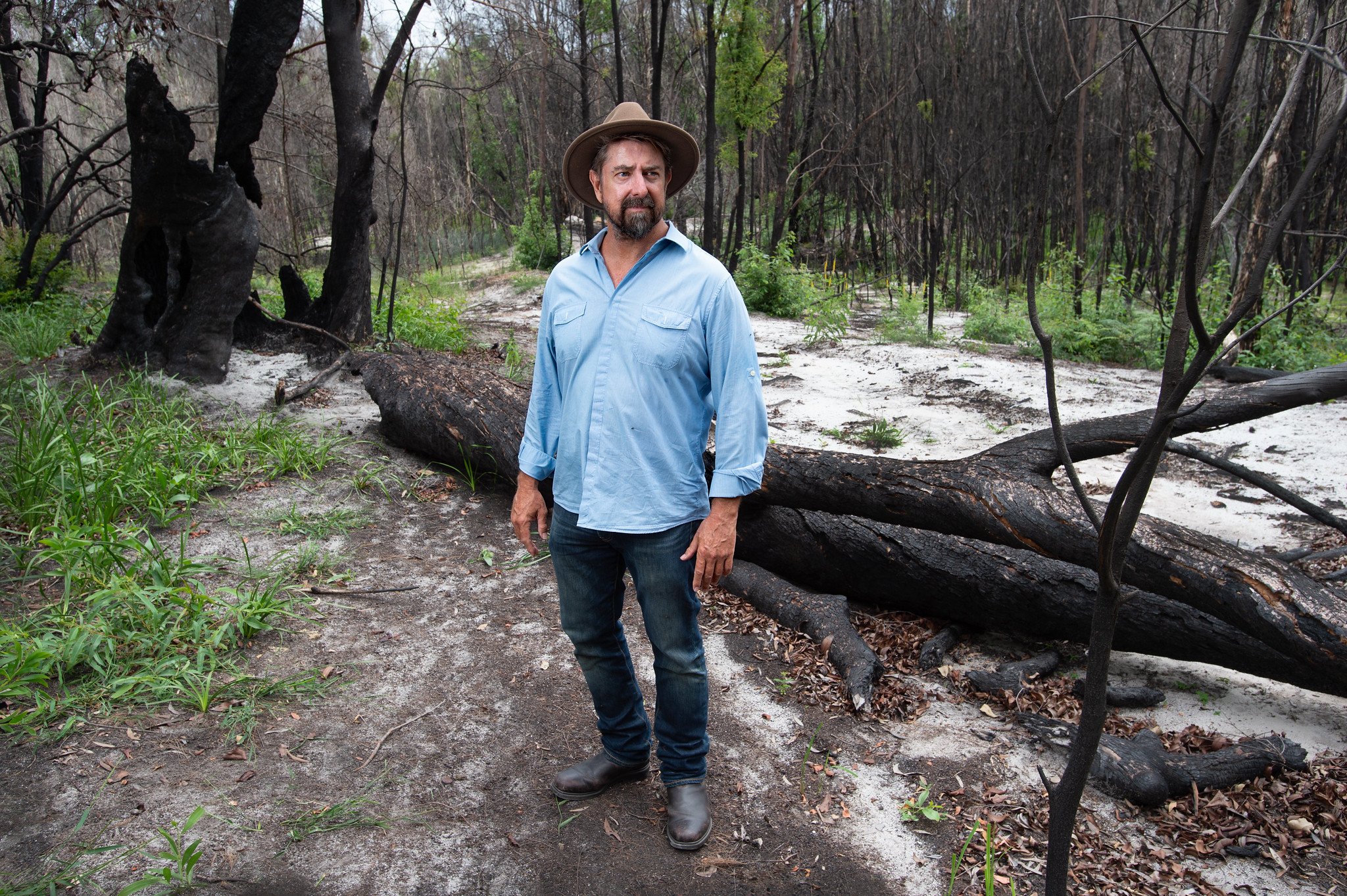 The team at QUT has created an efficient methodology to look for animals on a broadscale – and endangered koala populations were an excellent place to start. Dr. Hamilton and his team are in conversation with WWF Cambodia to extend their technology overseas. “We can target areas and sample in a way to find out what’s in the local ecosystems.” The team would like to eventually extend to community groups who have access to drones and sensors. They could collect data on their local area and provide that to Dr. Hamilton’s team for analysis.

“Our koala study probably hasn’t revealed anything we didn’t already know – the outlook for koalas is really dire. In some parts of Australia, koala populations have declined by over 80%, and that’s in the past couple of decades,” said Dr. Hamilton. “In other areas they have become locally extinct.”

While the collection of population baseline data over enormous areas of habitat was once prohibitively expensive, these innovations will make monitoring animal populations more affordable and accessible. Dr. Hamilton explains that the technology “actually gives me some hope that we can get a good grip on what’s out there because I don’t know of any other ways that we could possibly do it.”

At SRI2021, we look to share innovations like this one with global leaders in sustainability across all disciplines and sectors. “What I hope is that in coming together at SRI2021 with all these different perspectives we can all learn, we can all get better at solving these problems, and then we can take those solutions worldwide,” concluded Dr. Hamilton.

The global call to action for the preservation of wildlife habitats and the environment has never been louder. At SRI2021, we are excited to feature innovative conservation technology that will have a real-world impact. Dr. Hamilton will be joining us at SRI2021 in Brisbane, Australia, from 12-15 June 2021 to demonstrate the drone and AI technology behind the research.